Posted by: admin 4 months, 4 weeks ago 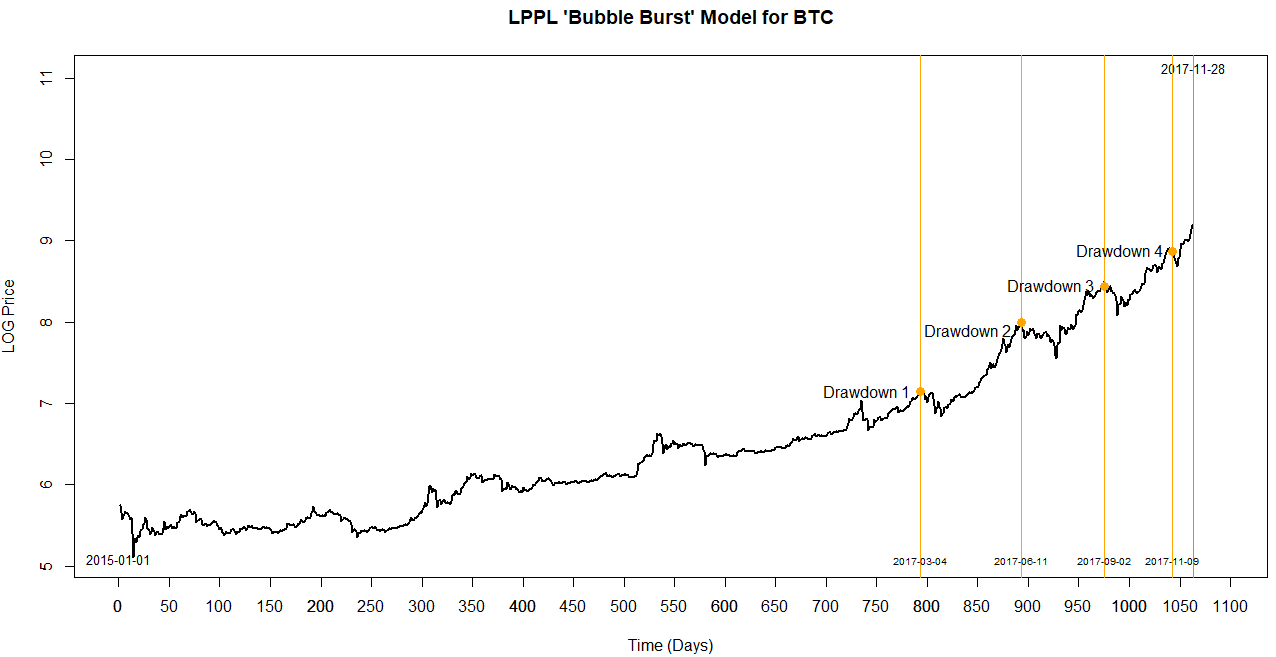 This is an example of historical aggregated data between 2015 and 2018 for Bitcoin USD price was used from cryptocompare.com, giving a total of 1063 data points. To test the predictive power of the model, backtesting was done on 4 key peaks in 2017 corresponding to drawdowns of at least 20% or more. The LPPL model was then used to generate 30, 60 and 90 days forward estimates to examine the best time period window to predict near term crashes. The drawdowns (orange lines) are shown below among with the current time period represented by the green line at time index 1063 (ie 2017-11-28).

To learn more please their sites:

The Log-Periodic Power Law (LPPL) model is used to see whether the prica action for Bitcoin and for cryptocurrencies in general follows a log-periodic oscillation model for describing the characteristic behavior of a speculative bubble and predicting its subsequent crash. The new index from CryptoTheorem analyzes Bitcoin and cryptocurrency prices from 2015 to 2018 and generates LPPL simulations to compare various forward windows to estimate the critical time period indicative of a potential crash.

There are currently no comments